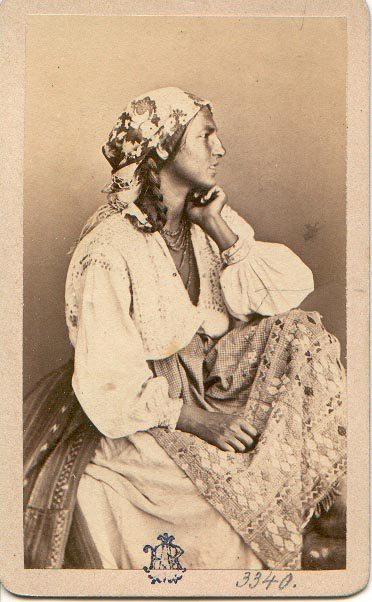 This project provides a web platform, which includes the visual representations of the Roma of the Romanian territories as they appear in the Europeana collection in the nineteenth and twentieth centuries’ depictions. This web-platform is meant to be used as a didactic tool in the classroom, in high school and university level courses. The research project on which it is based, has investigated the ways in which the stereotypical, repetitive representations of the Roma help explain the current underprivileged situation of this community in Europe and in Romania in particular.

The project argues for a more balanced, and comprehensive understanding of a largely unknown history by using visual representations taken from the archives of the libraries, which are included in the Europeana collections. The web platform uses several categories and by this classification, helps bring forward the visual mechanisms that have helped consolidate the images of the “romantic”, “exotic”, “other”.

At the same time, this online tool provides complementary images, which are found in personal archives of the Roma community in Romania and in other European countries so as to offer a counterbalance to the dominating representations. The web platform also includes several artistic projects of Roma contemporary artist who deal in their projects with ethnic identity issues or have an art and politics approach of certain topics connected to the Roma minority, such as institutionalized racism, the political representation of the Roma community, migration, etc.

This first stage of our project has been funded by an Europeana grant for the project “A visual tool for the display of the visual representations of the Roma of Romania in the 19th and 20th centuries in the Europeana collections: between stereotypes and truthfulness” which was received by Caterina Preda.